Aerospace as well as aeronautics was first on the titanium market. In particular, it is used by the European Space Agency on certain parts of the Vulcan engine of the Ariane 5 launcher. Thanks to its very weak magnetic field, it has also become essential in the composition of tools for the crew of the ISS (International Space Station).

Titanium is an alloy increasingly used in the space industry. It is found in particular in centrifugal impellers which are subjected to cryogenic temperatures on one side and to those of combustion on the other, and which require a strong and solid alloy. Titanium is also used in the construction of propellant gas tanks for satellites due to its good cryogenic properties and its resistance to the corrosion of propellant gases.

Aerometals & Alloys supplies many sectors of the space industry

Titanium is in high demand for the manufacture of rockets as it offers very good material reliability.

As titanium is a metal that is weakly subject to magnetism, it is embarked on space stations in the form of tools.

These are the same tools which, in weightlessness, move close to electronic equipment, without the risk of generating arcs and electromagnetic disturbances.

The first constraint of a spatial structure being its mass, composite materials such as carbon fibre or aramid fibre, known for their lightness, rigidity and thermal resistance, are used. Sufficiently light equipment is fixed by riveting or gluing, hence the massive use of titanium thanks to its low coefficient of expansion.

The additive manufacturing known as 3D printing, will revolutionise satellite manufacturing through the new part design. Aerometals & Alloys has therefore become a major stockist of powder for its revolutionary applications.

Do you need further information or technical support ? 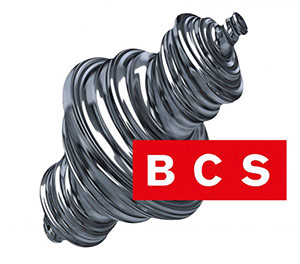